Christmas 2010 … A New Tradition is Born 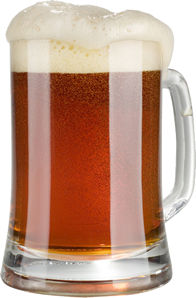 So join us this holiday season as we drink twelve new beers and then give a brief review of each.   Until then, prosit!

* For those of Aubrey’s generation, Bob & Doug were characters on the sketch comedy show “SCTV.”   They were Canadian who loved drinking beer and all things Canadian.  Here’s an animated version of their “Twelve Days of Christmas:” http://www.youtube.com/watch?v=l2oPio60mK4 .  For more on Bob & Doug, check out their page at Wikipedia (the only source for information): http://en.wikipedia.org/wiki/Bob_and_Doug_McKenzie .
at 6:59 PM

Email ThisBlogThis!Share to TwitterShare to FacebookShare to Pinterest
Labels: Christmas 2010