For the First Beer of Christmas, Colorado emulated Scotland and sunk a hole in one!

Years ago when I first saw an Odell beer, my mind read as "O'Doul's" and I thought, "I don't want that crap." I am glad I took a second look at the label and realized my mistake because Odell has a fantastic line up of beers and is on my short list of breweries to visit the next time I'm in Colorado.

90 Shilling Ale is Odell's flagship brew and it's definitely a standard around which their entire selection can rally. The style is Scottish Ale, but it's a light Scottish that comes across as a bold American Amber.

A coppery-amber, the beer pours up with a half inch head of off-white foam. Light to moderate lacing clings to the glass all the way to the bottom of the drink. This, of course, is erased when you pour your next glass. And you will. Trust me. I only got to this paragraph before popping the top off number two.

At first the aroma hit me as almost Belgian with a bit of yeast and spice and some grass thrown in to boot. However, after a bit it became more clear that these were more of an evergreen aroma. Spicy, floral (somewhat hop-like,) and lightly malty with a biscuit finish. My wife (who generally dislikes IPAs) was afraid the floral/evergreen aroma meant she was in for something she wouldn't like, was surprised when she took her first sip.

Despite that floral-ness that often accompanies an IPA, the flavor lacks that hop bite and is, instead, mildly sweet with caramel malt. There is a bit of citrus and pine - to go along with the evergreen aroma - that balance the malt and make this drink thoroughly sessionable due to it's medium body and effervescent carbonation.

Wow! What a way to begin the Twelve Beers. Hey ... you other eleven ... the bar has been set very high.

Stats
Brewer: Odell Brewing Company
Location: Fort Collins, Colorado
Website: http://www.odellbrewing.com/
Style: Scottish Ale
Alcohol Content: 5.30% ABV
Interesting Note: We've all heard of pairing beer (or wine) with food, but Odell takes the concept to a new level with Mood Pairing (http://www.odellbrewing.com/mood-pairing/ .) After a nine question survey (from What Time Is It to Whose Spirit Are You Currently Channeling to What's the Weather Doin') Odell will kindly tell you what kind of beer you're in the mood to drink. It turns out that I'm always in the mood for a beer. 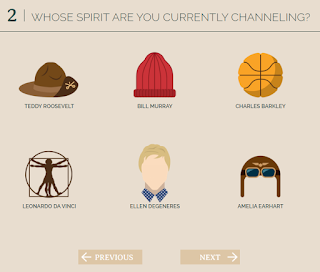